Propagation was better than yesterday but still far from good.  WW8II's CW was detectable at W4DEX.  AB4AM on SSB was copied at W4DEX for about 10 seconds out of a 120-second transmission.  The short 73-mile path between WA1AC and W4DEX was back to about a normal level with very little QSB.  WA4LDU checked in late with a much better signal that has been recently seen on that 103-mile path.   None of the solar charts seem to explain why local propagation was very poor yesterday.  Maybe it was due to more D-Layer absorption, weaker F2 Layer ionization or a combination of both. 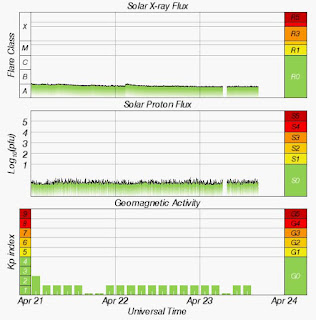 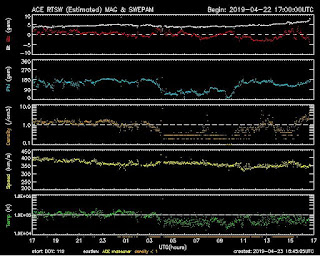